In February 2018 the Sachsenhausen Memorial’s new storage depot was opened. This is where the Memorial’s museum collection is preserved under modern conservational conditions. Containing material objects testifying to the various phases of use of Sachsenhausen, the storage depot is the treasure trove of the Memorial. The collection contains around 35,000 objects. These include 500 historical pieces of furniture and 100 framed paintings, numerous collections of personal papers bequeathed by former inmates, fabric objects bearing inmate numbers from the concentration camp, tiny home-made souvenirs from the Soviet Special Camp and large-scale sculptures from the resistance museum of the GDR Memorial. 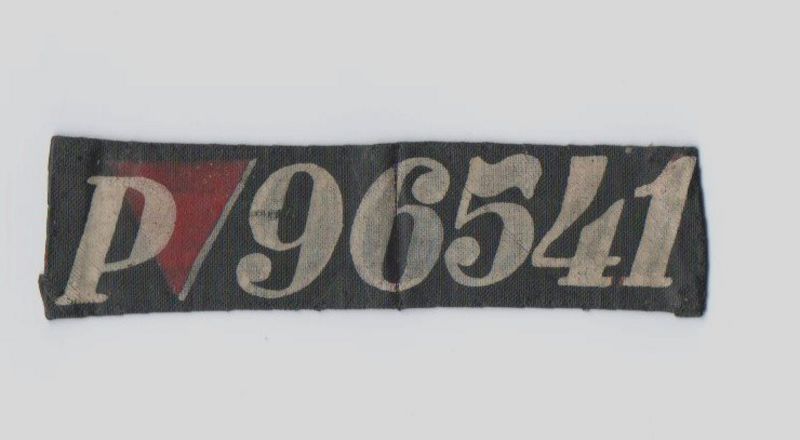 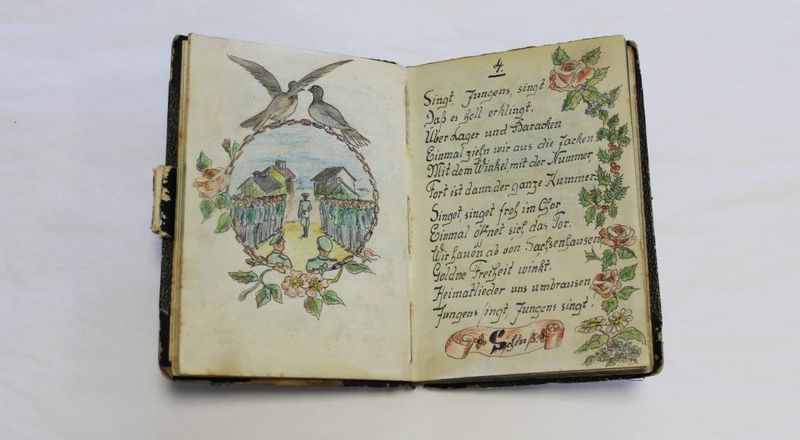 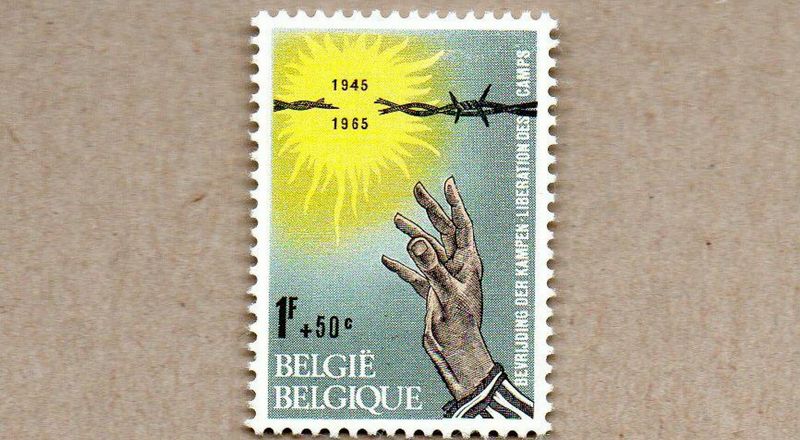 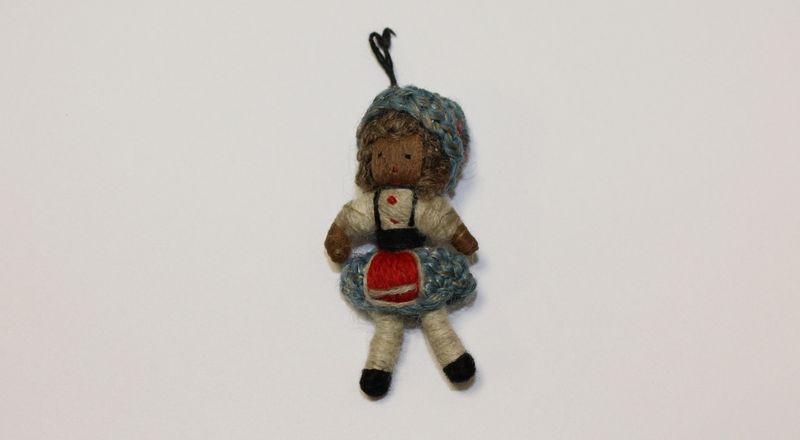 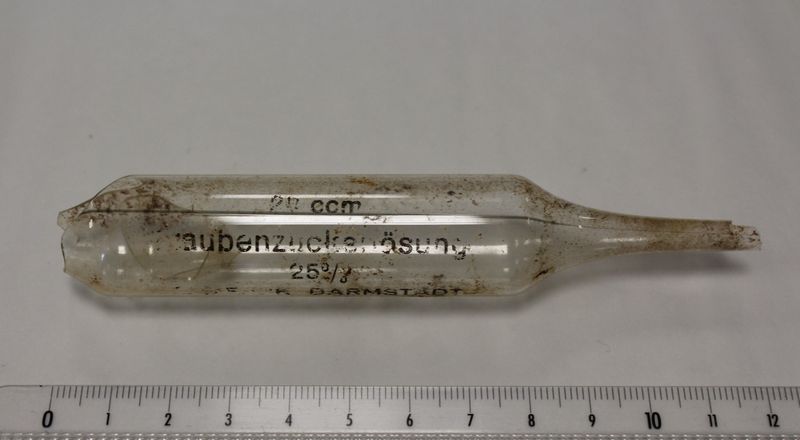 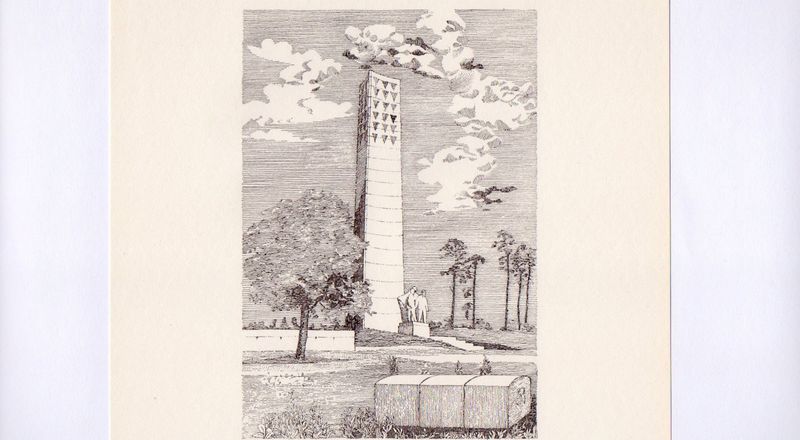 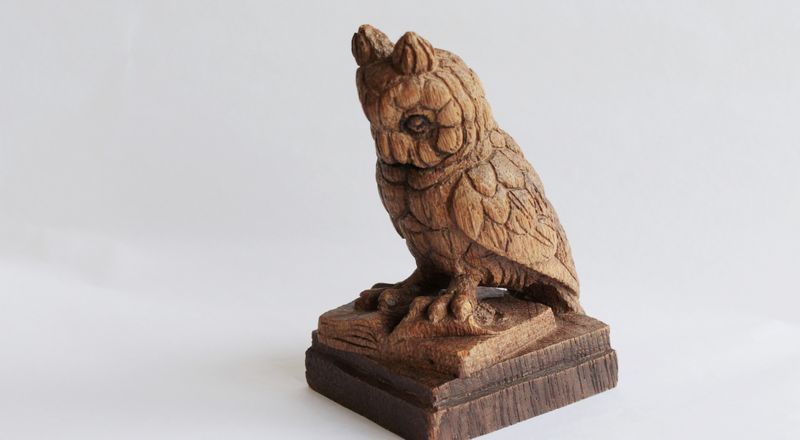 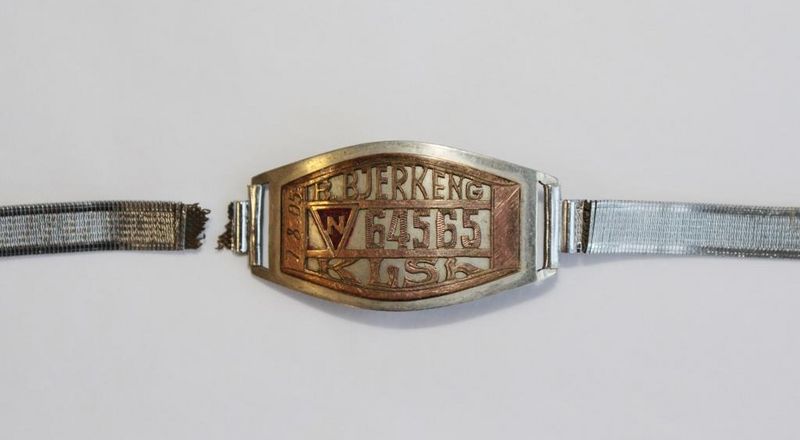 Exhibits from the collection

The beginnings of the collections of what is now the Sachsenhausen Memorial and Museum date back to the late 1950s. When in May 1955 the board of trustees called for the erection of national memorials in Buchenwald, Sachsenhausen and Ravensbrück, a collection started to come together for the proposed Sachsenhausen National Memorial. Most of this collection was displayed in the camp museum once the Memorial had been opened in April 1961.

All the objects (documents, 3D objects and photos), mainly provided by survivors and family members, were registered and preserved together from 1961 onwards. Details of the provenance, story and creation of the objects were unfortunately frequently not registered. All the originals, documents, artworks and 3D objects were stored in a specially set up storage depot. The conservational conditions were woefully inadequate, however, so that the collection fell into a state of extreme neglect..

When the Brandenburg Memorials Foundation was established in 1993 the collection was secured in a former cinema auditorium of the Memorial on the site of the former industrial yard of Sachsenhausen concentration camp. With a lack of sufficient space, this was originally intended as a temporary home for the collection, but it was not until October 2017 that the collection could finally be moved to the building known as “Mittelbau II” (Middle Building II). Built in 1941 in the former industrial yard, this building was converted into a modern storage depot for the Memorial’s collections (storage depot and archive). The new collection rooms have a floor area of around 1,200 m², so that the objects can now be preserved separately depending on their materiality. Climate-controlled areas are also available for particularly sensitive items.

As well as the physical preservation of the exhibits and the documentation of the histories of the various objects, work has mainly concentrated since 2001 on making an inventory of the collection in a modern digital database system, a process which is still ongoing, and the long-term aim of which is the complete digitalisation of the collection.

The inventory of the Memorial’s storage depot has been added to greatly since the establishment of the Foundation in 1993 and now includes more than 35,000 objects, mainly from the period of the concentration camp and the post-1945 period. The majority of these objects have been digitally recorded. The objects bearing witness to the concentration camp, the special camp and the National Memorial include objects of carious materiality such as inmates’ clothing, home-made utility items from the camps, finds, furniture and artworks.  Especially valuable are the numerous collections bequeathed by former inmates which they themselves or their families have entrusted to the Memorial.

The storage depot of the Sachsenhausen Memorial and Museum holds collections covering the following areas: