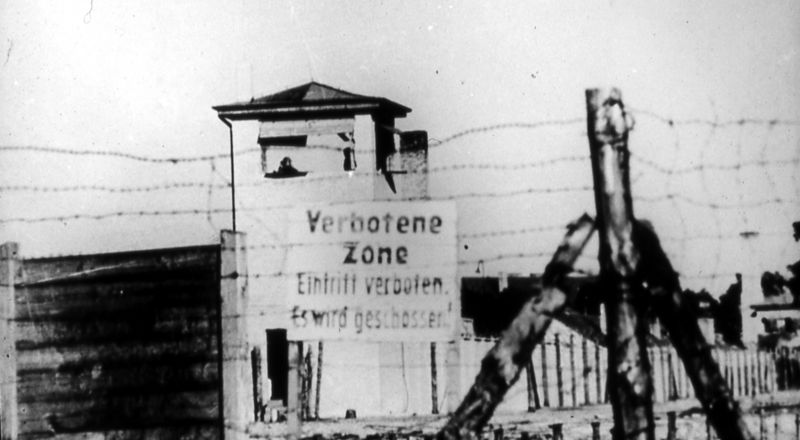 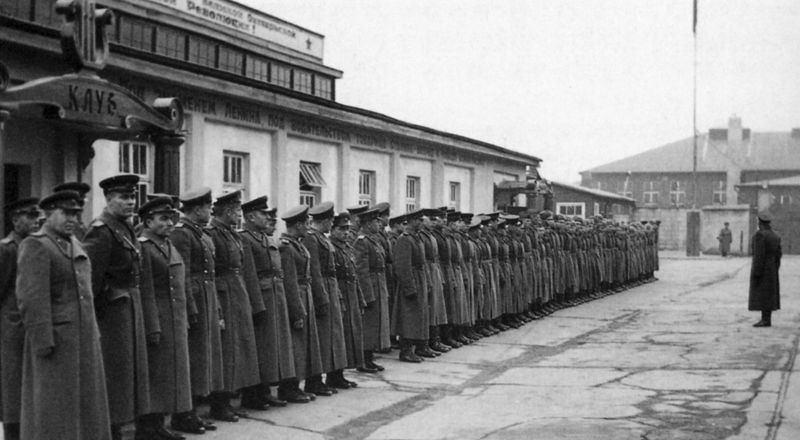 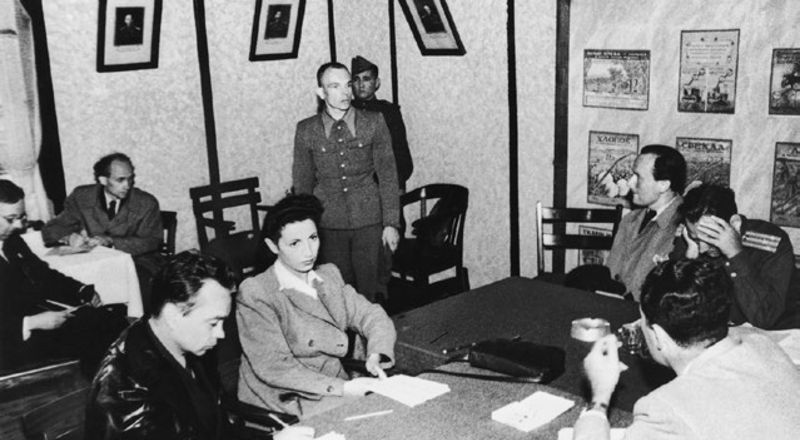 As part of the Allied policy of denazification, the Soviet army of occupation set up ten special camps in the Soviet Occupation Zone following the military defeat of the National Socialist regime. Special Camp No. 7 (from 1948 No. 1) in Sachsenhausen was, with 60,000 internees, by far the largest of these camps. 12,000 people died here of hunger and disease between 1945 and 1950. The reduction of the already meagre rations in the “Winter of Hunger” 1946-47 resulted in an especially large number of deaths.

Particular features of the Sachsenhausen special camp were the great variety of internees it held and the many functions it served under the Soviets. The “special contingent” of around 30,000 people was the largest group of internees, and was held in Zone I of the camp. These internees had been placed in preventive custody under the Potsdam Agreement as members of the Nazi power apparatus and were imprisoned for many years without any formal court judgment. They mainly included lower and middle-ranking Nazi functionaries, but members of the SS, the Gestapo concentration camp guards were also among them, as well as ministry and public officials. The internees also included ordinary members of Nazi youth organisations, political opponents and people who had simply been arbitrarily arrested.

The second-largest group were around 16,000 people who had been convicted by Soviet Military Tribunals. By far the majority of these had been sentenced, after brutal interrogations and, frequently with confessions forced under torture, in proceedings very much like show trials, to long terms of imprisonment for alleged resistance to the army of occupation. People sentenced by Soviet Military Tribunals were held separately from the ordinary internees, in what was known as “Zone II”.

6,500 officers of the German Armed Forces, the Wehrmacht, were held in the Special Camp. They had been released from American custody as prisoners of war and, in the autumn of 1946, deported to Soviet camps.

The final group of internees in the Sachsenhausen special camp were more than 7,000 Soviet citizens and Russian émigrés – Soviet prisoners of war, former forced labourers and Red Army soldiers who had committed offences. The variety of different kinds of prisoner and the different functions of the special camps show that  the Soviet occupiers did not see them as merely an instrument for cleansing Germany of the Nazis but also, and mainly, for imposing the Soviet monopoly of power using preventive custody, deterrent despotism and political persecution.

After their brutal interrogations and the conditions in provisional prisons, most internees hoped for better conditions on arriving in Sachsenhausen. While the camp’s buildings offered better accommodation, the barrack huts were mostly overcrowded. Internees frequently had to sleep crammed closely together on bare wooden boards. The catastrophic hygienic conditions, lack of food and medicines, clothing and heating fuel led to illness, epidemics and a high rate of mortality, which reached a peak in 1947. Because inmates were not permitted to have any contact with the outside world, these special camps were also called “Schweigelager”, or “silence camps”. They were not labour camps. Only a very few inmates were able to escape the monotony and lack of activity of day-to-day life in the barrack huts by working in labour details. What contemporary witnesses remember as being especially demoralising were boredom and having nothing to do.

There was a wave of releases in the summer of 1948 in which 5,062 prisoners were released whose offences a Soviet secret police commission had judged to be of a lesser nature. When the camp was closed in the spring of 1950, 1,902 internees and 5,151 people sentenced by Soviet Military Tribunals were released. The NKVD handed over 4,836 prisoners of the Sachsenhausen special camp to the East German authorities to continue their sentences. The East German judicial authorities had 721 internees who had not yet been convicted moved to the Waldheim prison. In a series of show trials and trials held in secret under the supervision of the SED (Socialist Unity Party of Germany, the ruling party in East Germany), most of the accused were subsequently sentenced to long terms of imprisonment for the war crimes of which they were accused.

The prisoners who died in the Special Camp were buried anonymously in three mass graves by the so-called commandant’s yard, in the district called “An der Düne” (By the Dune) and in the Schmachtenhagen Forest. The burial places were laid out as cemeteries in the 1990s. In the cemetery by the commandant’s yard, which is the site of commemoration for the victims of the Special Camp, family members may place individual name-plates for their deceased loved ones. In 2010 the Memorial published a register containing the names of the 11,890 people who died in Soviet Special Camp No. 7 / No. 1 in Weesow and in Sachsenhausen.