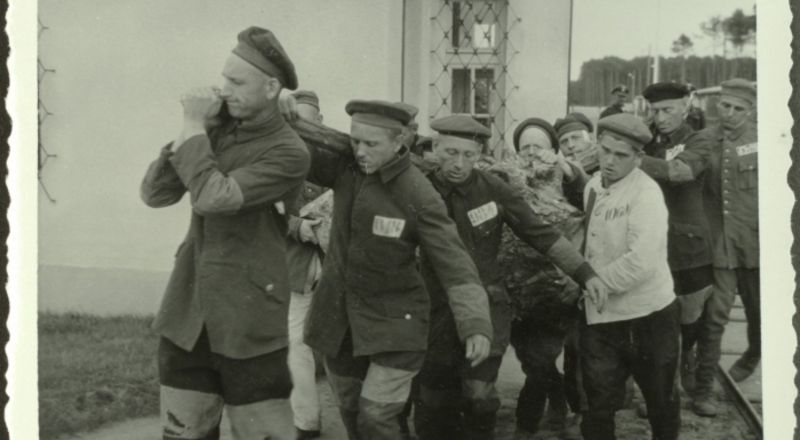 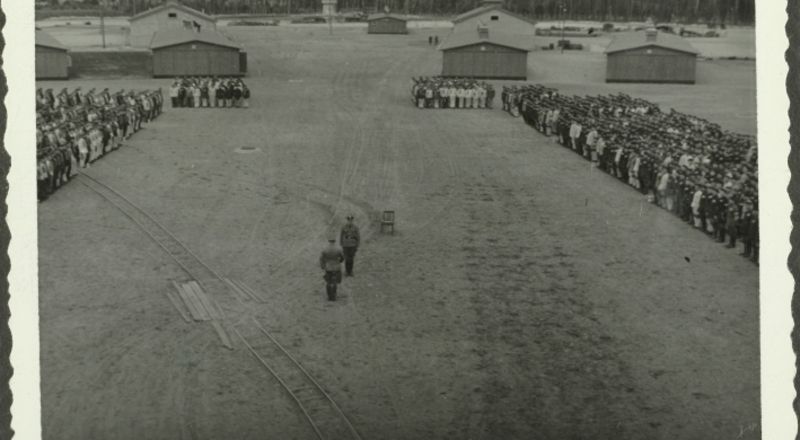 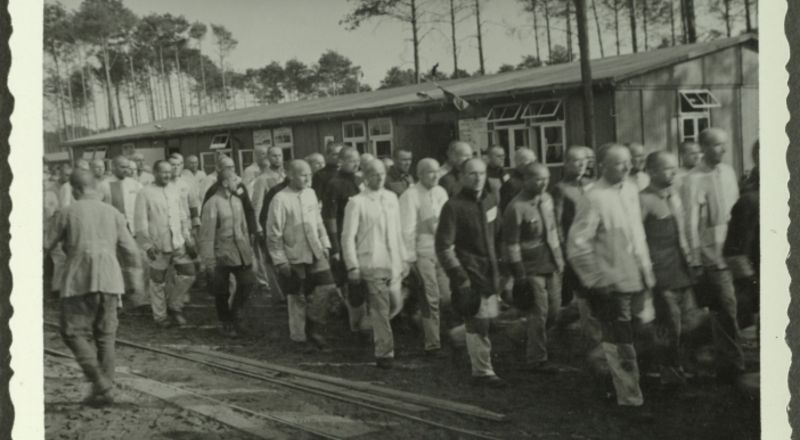 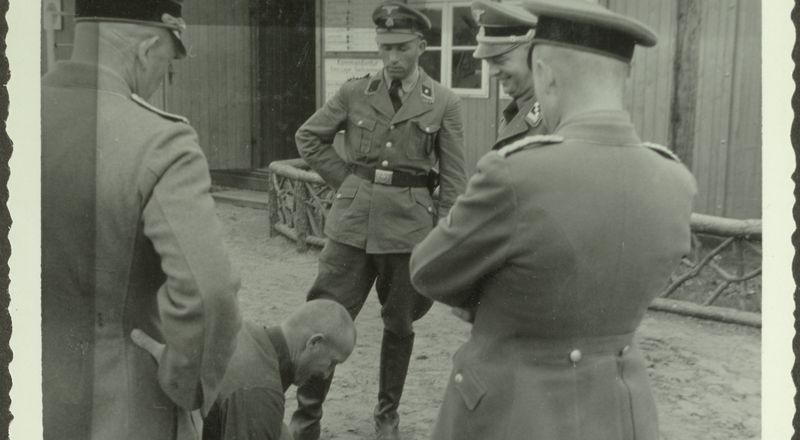 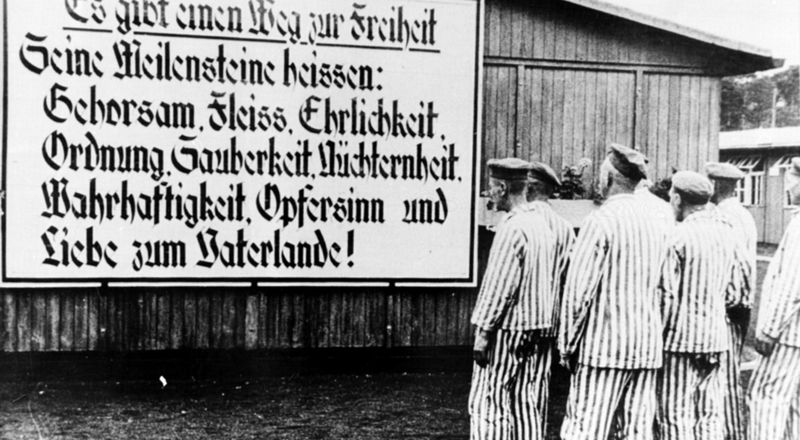 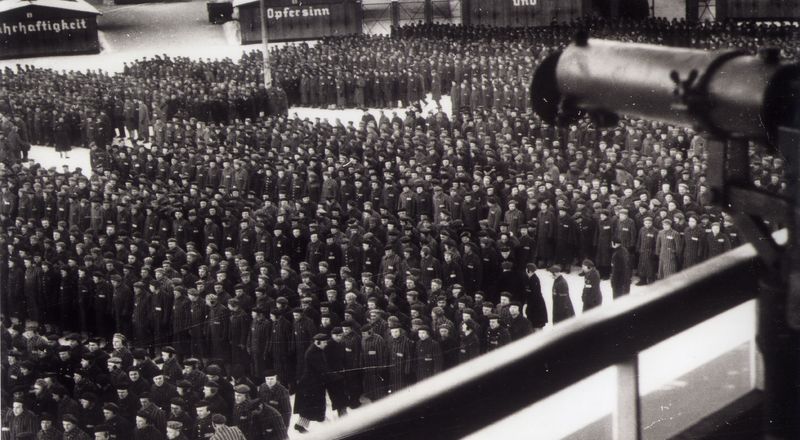 More than 200,000 people were interned in Sachsenhausen concentration camp between 1936 and 1945. They included political opponents of the Nazi regime, members of groups declared by the Nazis to be racially or biologically inferior, such as Jews, Sinti and Roma, and people persecuted as homosexuals, as well as so-called “career criminals” and “antisocials”. Initially, the internees were predominantly German citizens, but after the outbreak of the Second World War, tens of thousands of people were deported from the occupied territories to Sachsenhausen concentration camp, including political opponents of National Socialism or of the collaborating governments, foreign forced labourers and Allied prisoners of war. In 1944, around 90 % of the internees were foreigners, with citizens of the Soviet Union and Poland forming the largest groups. There were also around 20,000 women among the internees in Sachsenhausen concentration camp.

Initially, internees were forced to work in workshops and factories owned by the SS in the camp’s industrial yard as well as in various punishment details such as the "Klinkerwerk" (brickworks) or the “shoe running detail”. From the late summer of 1938 internees of Sachsenhausen concentration camp were forced to build the world’s largest brickworks not far from the Lehnitz lock near Oranienburg, to supply building materials for the gigantomaniac structures planned by the Nazi leadership in the “Reich” capital city, Berlin. Each day the SS marched up to 2,000 internees over the canal bridge to the Klinkerwerk brickworks before the eyes of the local populace. This detail was particularly feared by internees as a “death camp”, especially as the SS used the Klinkerwerk for carrying out deliberate murder operations. When a barrack camp was erected there in 1941, the Klinkerwerk gained the status of an independent satellite camp. From 1943 the SS used the site for making munitions; shell cases were annealed in the Klinkerwerk’s kilns.

The “shoe running detail” was set up in 1940 and was under the command of civilian officials from the “Reich” Ministry of Economics. It comprised a shoe testing path with various different surfaces which was laid out around the parade ground, and internees had to march on it for days on end with full packs to test the suitability of various shoe sole materials. From 1942, more than 100 satellite details and satellite camps were set up in the course of the mass deployment of concentration camp internees as forced labourers in the armaments industry. These camps were located near arms factories such as the Heinkel aircraft works in Oranienburg or next to Berlin arms factories such as those of AEG and Siemens.

Tens of thousands of internees died in Sachsenhausen concentration camp as a result of hunger, disease, forced labour, medical experiments and mistreatment or were the victims of systematic extermination operations by the SS. In the autumn of 1941, the SS murdered at least 13,000 Soviet prisoners of war, among whom many were Jews, in a purpose-built “neck shot unit” and in the testing of gassing vehicles. About six months later, in the spring of 1942, an extermination unit was built in the industrial yard, with a crematorium and a neck shot unit, with a gas chamber added in 1943. Analogously to Tower A, which was the entrance gate, the SS cynically named this building “Station Z”.

Mass murders in the final phase

Some 80,000 people were incarcerated in Sachsenhausen concentration camp and its satellites at the beginning of 1945, of whom 58,000 were in the Sachsenhausen main camp. When the Red Army reached the River Oder, the camp commandant, following the instructions of the top SS leadership, ordered preparations to be made for evacuating the camp. In the course of this, in February 1945 an SS special unit headed by Otto Moll murdered some 3,000 internees who were considered “dangerous”, who had military training or had previously been classified as “unfit for marching”. At least 13,000 more internees were taken to Mauthausen and Bergen-Belsen concentration camps.

The evacuation of Sachsenhausen concentration camp began in the early hours of 21 April 1945. More than 30,000 remaining internees were marched off in groups towards the north-west. Thousands of internees died on these Death Marches. On 22 April 1945, units of the Soviet and Polish armies finally liberated around 3,000 sick internees as well as nurses and doctors who had been left behind in the camp. 300 of the camp’s former inmates did not survive their liberation and died there as a result of their incarceration in the concentration camp; they were buried in six mass graves by the camp wall near the infirmary.