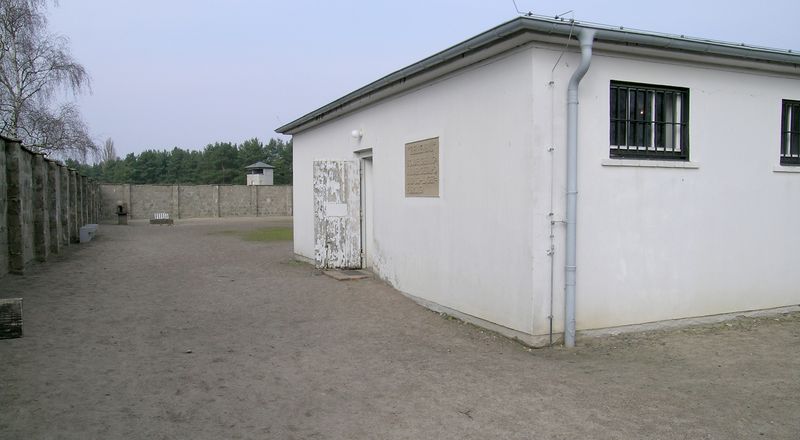 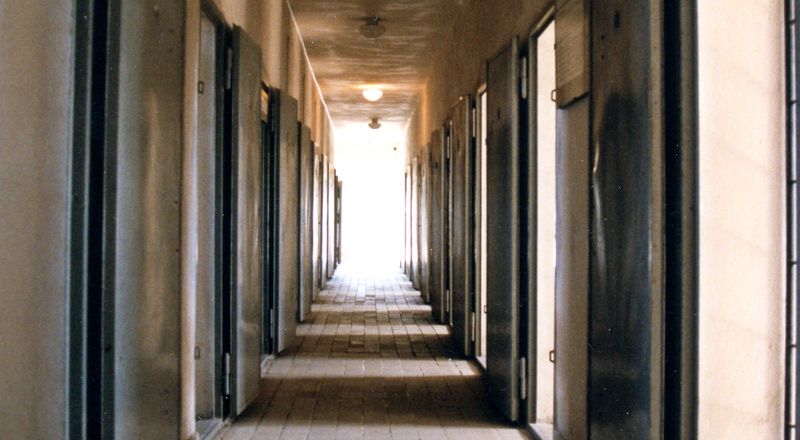 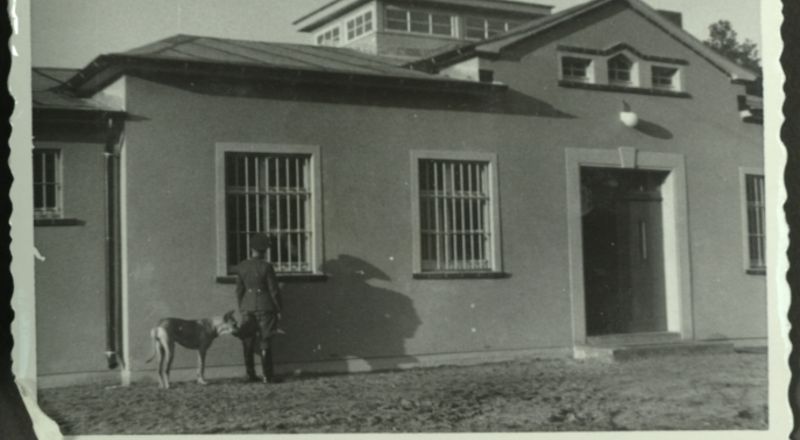 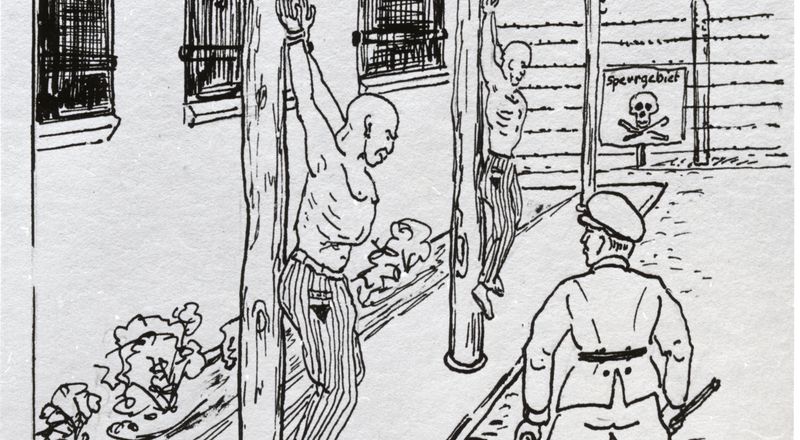 The cell block, separated from the rest of the camp by a wall, was used as the camp and Gestapo prison. It was a place shrouded in secrecy and the site of cruel mistreatment and murders. Of the original T-shaped building with some 80 cells and guardrooms and interrogation rooms, only one section remains today. The foundations of the other two wings can still be seen. Since 1999, there has been a permanent exhibition in six of the former cells which provides information in the form of photographs and documents, as well as biographies of inmates, on the history and function of the cell block. The exhibition is presented in a very restrained way with narrow display stands and cases, so that the overall impression of the cells is retained as far as possible. Also on show is a model of the original three-wing cell block, the panoptic design of which was modelled on that of contemporary prisons of the time.

History of the Site

In the first room of the exhibition, the history of the building from 1936 to 1961 is presented. During the concentration camp period, the cell block was used by the SS as an area for punishment and detention of inmates. The Gestapo headquarters in Berlin moreover used the cell block to intern prominent remand and special inmates. In the Soviet special camp, from 1945 to 1950, the building was initially used as a quarantine station, then subsequently as a prison and collection block. In the 1950s the cell block fell into disrepair. Military units of the garrisoned branch of the Volkspolizei (“People’s Police”), later the National People’s Army, of the GDR dismantled installations for reuse at other sites and also demolished parts of the building. In the course of setting up the National Memorial, the remaining section of the building was restored and laid out as a museum in 1961. Mises en scene from that time, such as a cell with a sack of straw or with a bed and chair, can still be seen today.

The theme in the second room is the so-called camp punishments which were carried out in the cell block by the SS. The camp rules and methods of punishments, largely identical in all concentration camps, were one of the main instruments of terror. Supposed violations of camp rules were punished in the main by means of solitary confinement, confinement in the dark, beatings or being suspended for hours from poles by the arms, which would be tied behind the prisoner’s back. The SS also confined certain inmates in the cell block in order to be able to torture and murder them away from the eyes of the camp. In the exhibition, the orders of SS are juxtaposed with drawings and reports by inmates.

Remant and special Inmates of the Gestapo

In the third room, the exhibition shows examples documenting the fate of remand and special inmates of the Gestapo who were held here. The people presented here are the communist Herbert Nicolai, Georg Elser, who made an assassination attempt on Hitler, the Polish bishop Vladyslav Goral, the French Prime Minister, Paul Reynaud, and the State Secretary in the Foreign Office, Martin Luther. The internment conditions for these inmates differed greatly depending on the importance accorded them by the Gestapo. The length of their captivity in the cell block varied likewise. The remand inmates were held here for a few days, weeks or months, the special inmates often for several years.

An integral part of the design conceived in 1999 is an area for changing temporary exhibitions as well, in which more detailed portraits of individual inmates or inmate groups can be presented.