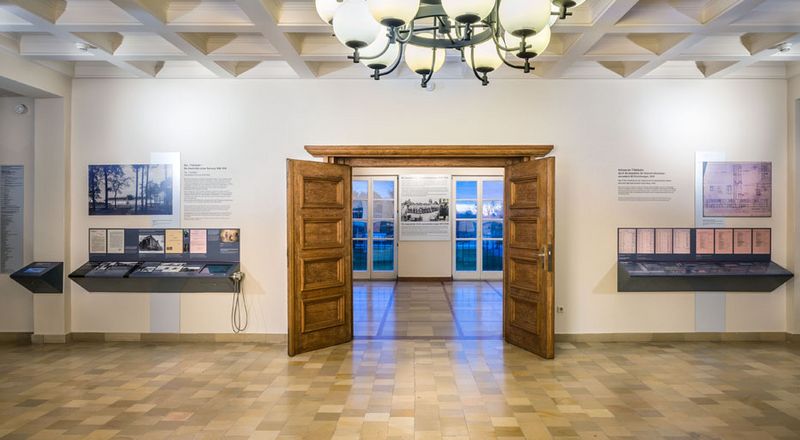 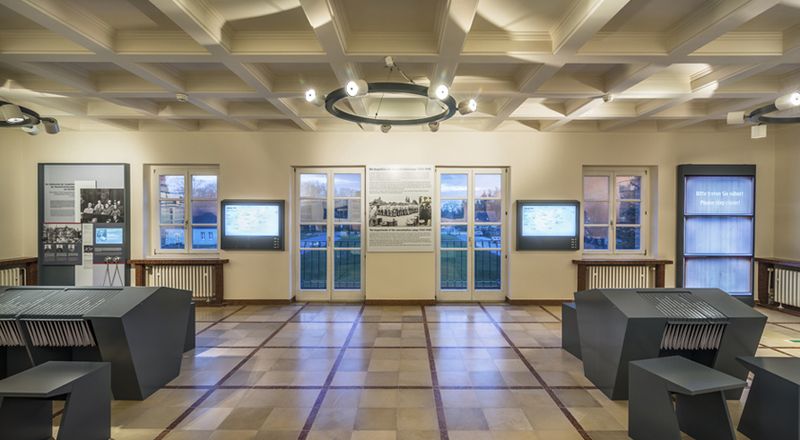 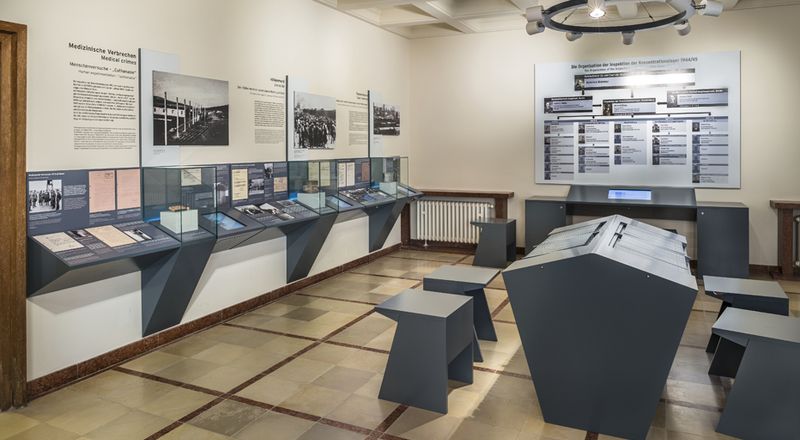 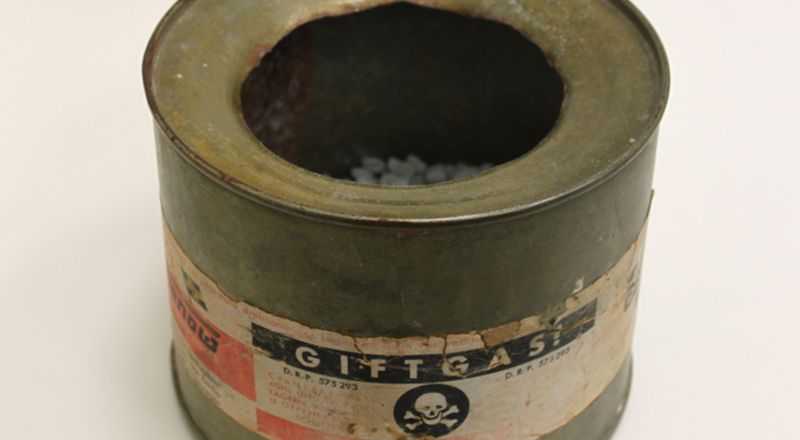 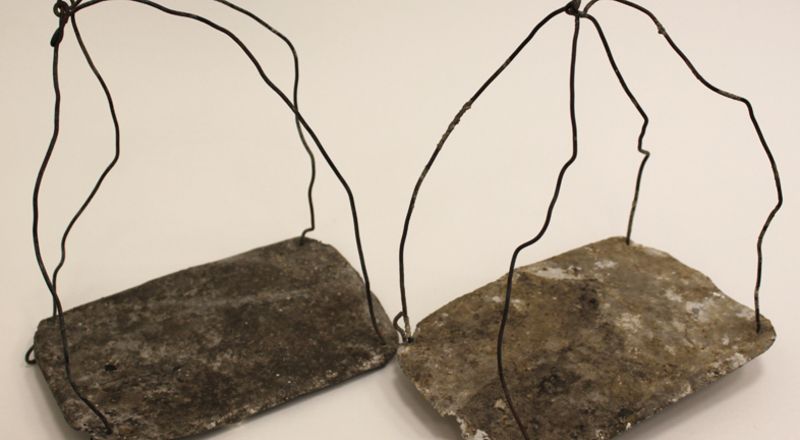 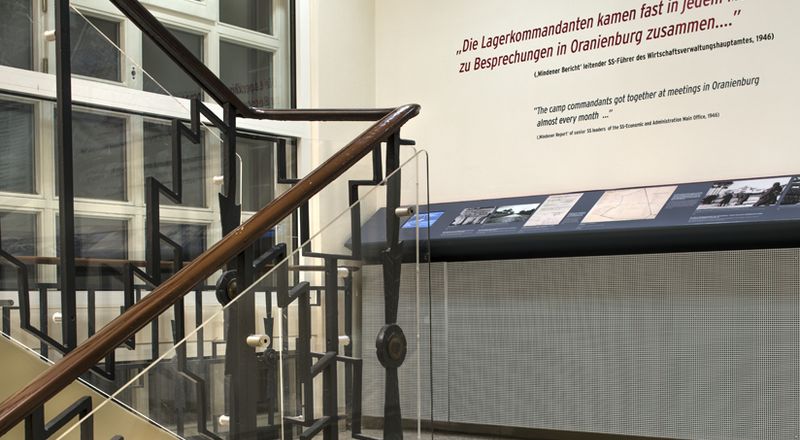 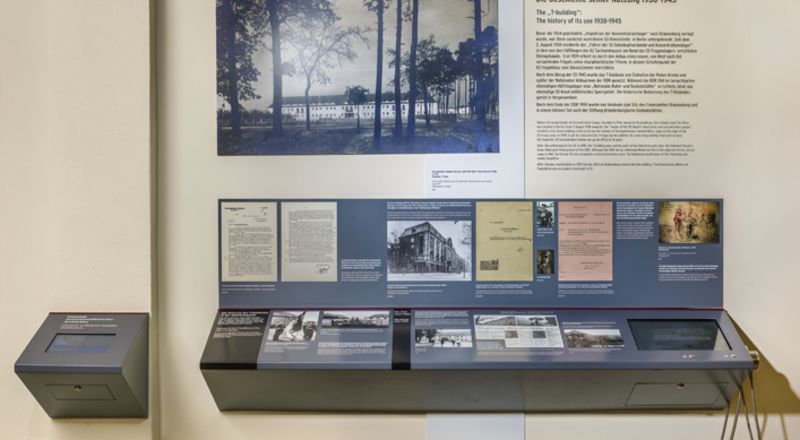 An exhibition on the historical site

In the Spring of 1934 the National Socialists placed all concentration camps under the control of a newly created agency of the SS, the Concentration Camps Inspectorate (IKL). Working for the “Reich Leader SS” Heinrich Himmler, the IKL administered 32 main camps and with more than 1,000 satellite camps. From 1938 to the end of the war the IKL was housed in a prestigious building built by inmates at the edge of Sachsenhausen concentration camp in Oranienburg. Today, this is the most important building still in its original condition bearing testimony to the “bureaucrat perpetrators” who organised and administered the Nazi terror. Some 100 SS men made decisions here about the food, clothing and accommodation of concentration camp inmates, about transportation to other camps and death marches, about punishments and executions, forced labour, medical experiments and mass murder.

Opened in 2013 in the building that formerly housed the IKL, the permanent exhibition provides information about the history of this SS agency. Not only does it illustrate the perpetrators’ chains of command, but it also shows the specific consequences orders given here had for the lives of the inmates from all over Europe in the concentration camps. What becomes very clear is that the central steering function of the IKL was much stronger than had often previously been assumed by academic researchers.

In a area of about 200 m² numerous photos, documents, drawings and films are displayed together with three-dimensional objects such as a bread weighing scale made by inmates from Buchenwald concentration camp, a granite rock from the notorious quarry at Mauthausen concentration camp and an original Zyklon B tin made by Tesch & Stabenow. At the centre of the exhibition are the crimes in which the “bureaucrat perpetrators” of the IKL were crucially involved – the murderous living conditions in the camps, medical crimes, the murder of at least 30,000 Soviet prisoners of war, the “work deployment” of the inmates, the genocide of European Jews, Roma and Sinti and the death marches,

The many interactive media stations offer in-depth information on the 32 main camps which made up the concentration camp cosmos and biographies of the “bureaucrat perpetrators” in the IKL, of whom only two were punished after the war for the work they did in the IKL. A modern virtual filing shelf, mainly for educational use with groups, enables an insight to be gained into the bureaucratic apparatus of the IKL.