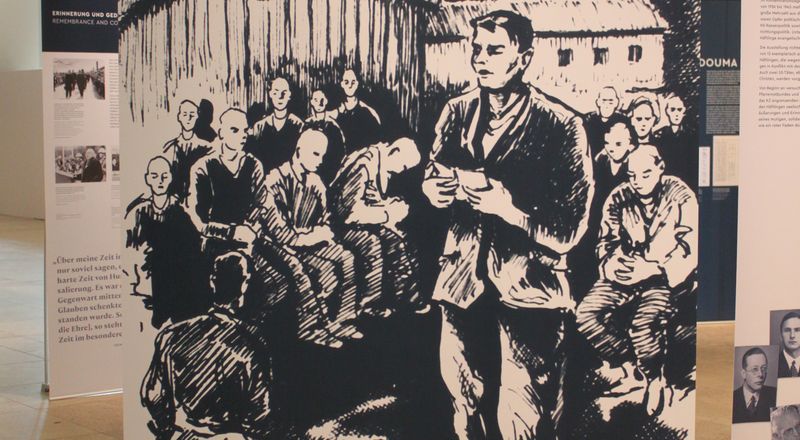 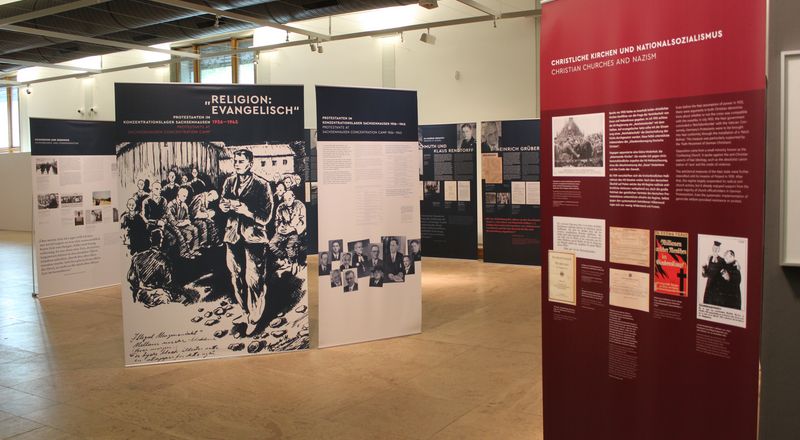 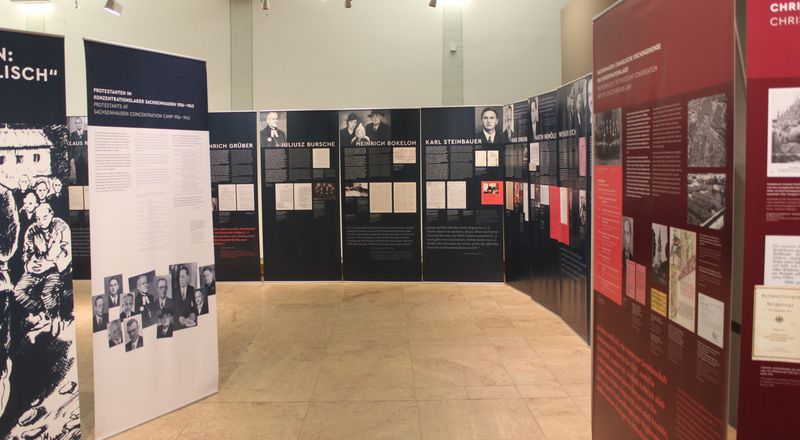 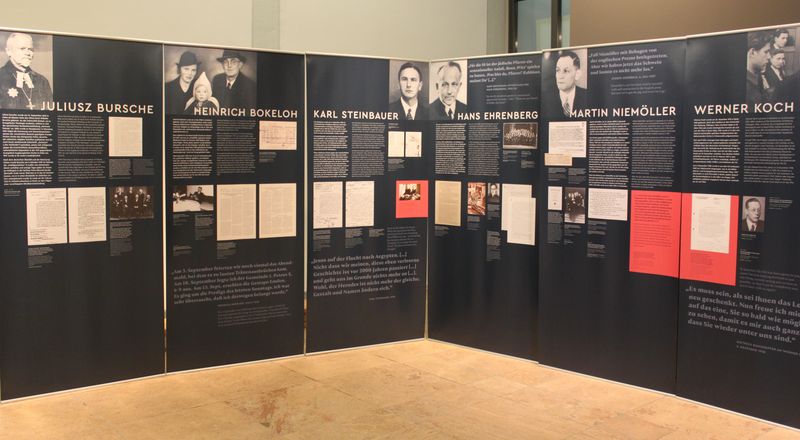 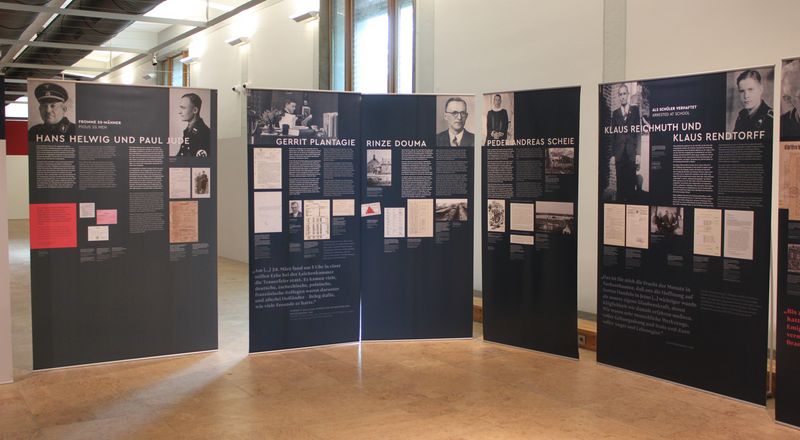 More than 200,000 people were interned in Sachsenhausen concentration camp between 1936 and 1945, the great majority of them from other countries. They were victims of political and social persecution and of the Nazis’ racial policy and policies of conquest and extermination. They included many inmates of Protestant faith. This travelling exhibition looks at the stories of thirteen Protestant inmates from Germany, the Netherlands, Norway and Poland who came into conflict with the Nazis because of their religious convictions. But it also includes two SS men who were Christian believers and the Oranienburg pastor Kurt Scharf, who stood up for the concentration camp inmates.

The Bochum pastor Hans Ehrenberg (born 1883  in Altona, died 1958 in Heidelberg) grew up in an assimilated Jewish household and was baptised into the Protestant faith in 1909. From 1933 Ehrenberg was a member of the Confessing Church. Because of his Jewish descent and criticism of the Nazis he was banned from preaching and speaking in public in 1938. A short while later he was taken to Sachsenhausen concentration camp in the course of the 1938 November pogroms. After being released in March 1939 he managed to escape to England.

The exhibition comprises a total of twenty roll-up banners including stands and easily-installable lighting.

A room space of at least 50 m² is required. The exhibition texts are in German and English. An exhibition catalogue in German and English can be supplied on commission. Templates for posters and invitation cards are provided free of charge. Any individual adaptation can be done if needed by the exhibition designer for an additional charge. Expenses for insurance, transport or shipping of the roll-ups will be paid by the borrower. No lending fee is charged.