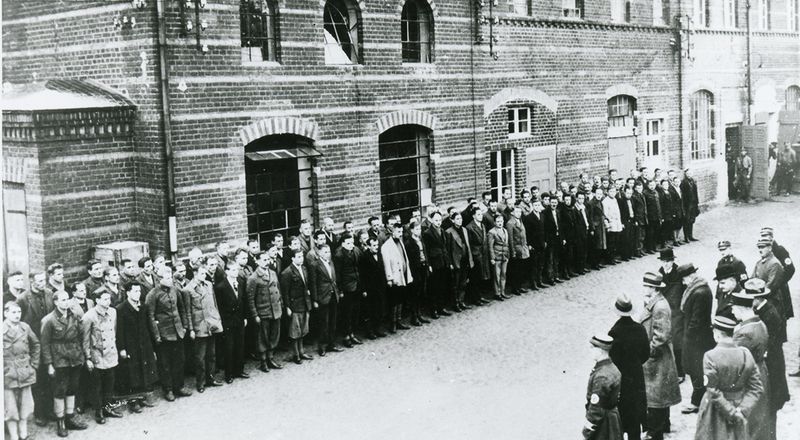 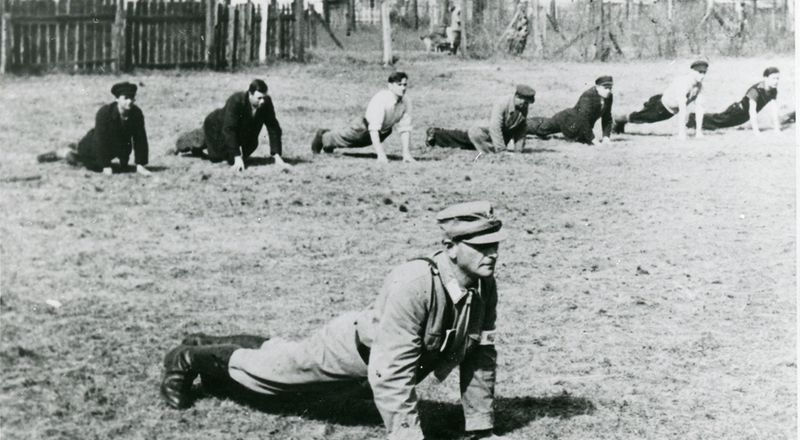 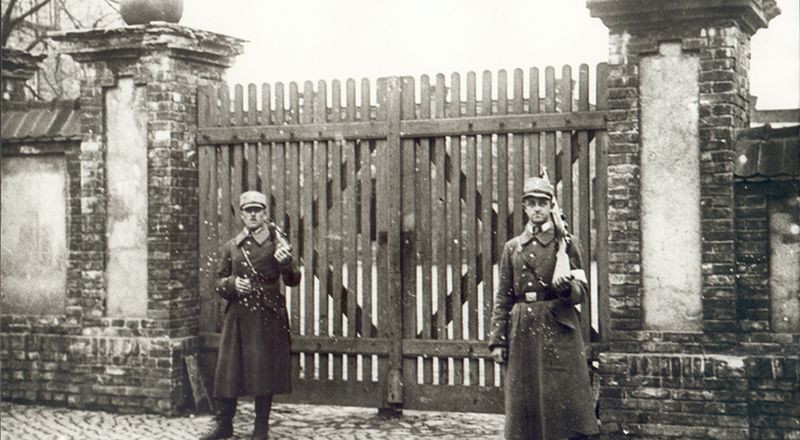 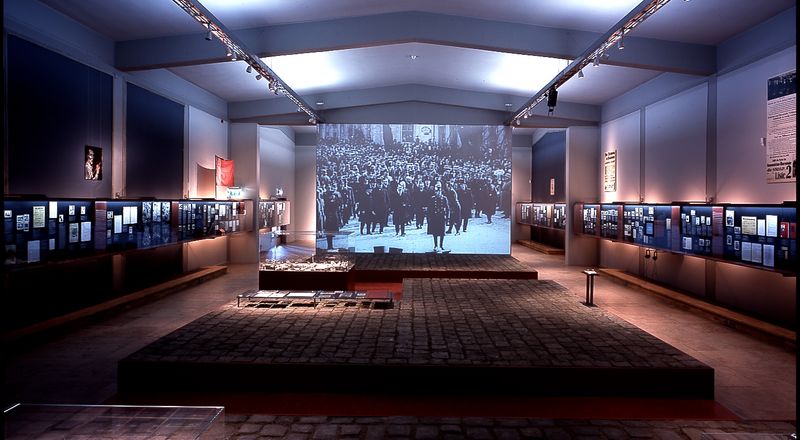 The first concentration camp in Prussia

On 21 March 1933, the “Day of Potsdam”, on which Germany’s conservative elites bestowed their seal of approval on Hitler, the first state concentration camp in Prussia was set up by the local SA regiment, Standard 208, in a disused brewery towards the centre of the town of Oranienburg. The early concentration camps in Germany were mainly local “revenge camps”, in which the National Socialists incarcerated their political and intellectual opponents from the street fighting and verbal mudslinging in the Weimar Republic, as a deterrent. It was not unusual for the victims and perpetrators to come from the same milieu; they might even be neighbours, or members of the same family. When Willi Ruf, a Communist, was put in Oranienburg Concentration Camp, for example, he found his father on the other side, serving as an SA guard.

Between March 1933 and the closure of the camp in July 1934, a total of around three thousand people were interned in Oranienburg concentration camp. Most of these were political opponents from Berlin, Oranienburg and the surrounding area. Among the internees there were also members of the Reichstag, the German parliament, and of the Prussian regional parliament, senior employees of Berlin Radio and many intellectuals. They were almost exclusively Communists to begin with, but were joined by a small number of Social Democrats as well from June-July 1933 on. A few internees were members of centrist and right-wing parties such as the German Centre Party and the German National People’s Party, and some were even members of the “Stahlhelm”, the Nazis’ operational cell organisation. These latter were treated as “prisoners of honour” and given privileged conditions of internment.

The day-to-day lives of internees in this camp were defined by punishment and hard labour. Among other things, they were forced to work on building and repairing roads, railways and waterways and in forestry for the Oranienburg town authorities. Violence by the guards was directed especially at the Jewish internees, who were placed together in a special “Jews’ company”. At least sixteen internees were killed in Oranienburg concentration camp, among them the anarchist writer Erich Mühsam.

During the “Night of the Long Knives”, or “Röhm Purge”, and the ousting from power of the SA in July 1934, the camp was taken over and closed by around 150 SS men led by the Inspector of Concentration Camps, SS Brigadeführer Theodor Eicke. On 13 July the prisoners were transferred to Lichtenberg concentration camp. From then on, Oranienburg concentration camp was treated as a “reserve camp for Berlin for any need that may arise”.

After 1945, Oranienburg was for many decades one of the almost forgotten sites of the Nazi regime’s reign of terror. Having been destroyed during the war, the buildings were entirely removed apart from parts of a fire wall. In the 1960s 20 offices and garages were built for the People’s Police on its site in the Berliner Strasse. An inconspicuous bronze plaque, a concrete block set up as a seat and a memorial stone to Erich Mühsam were not enough to prevent memory fading and being overshadowed by Sachsenhausen concentration camp.