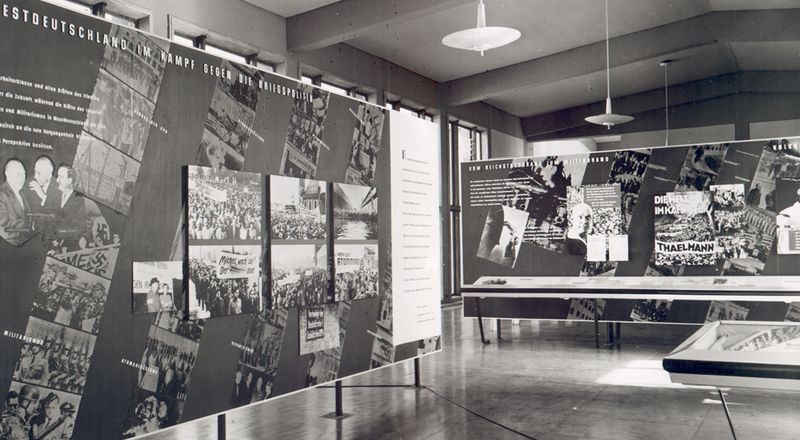 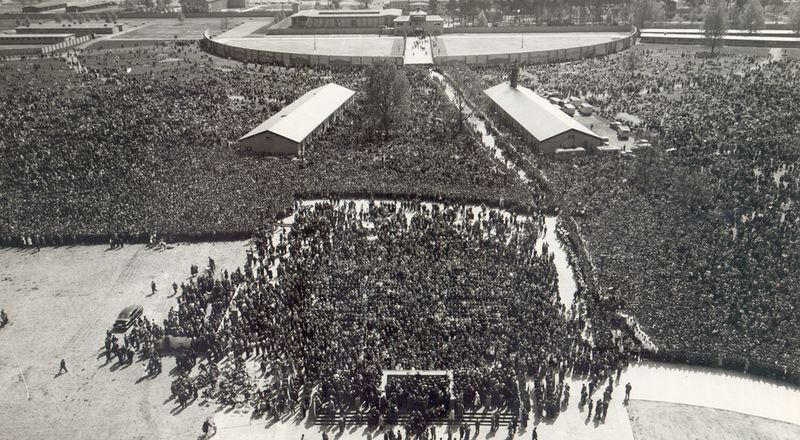 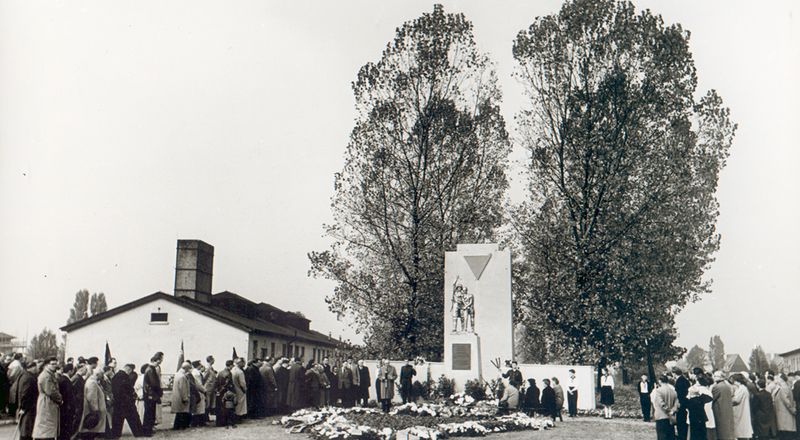 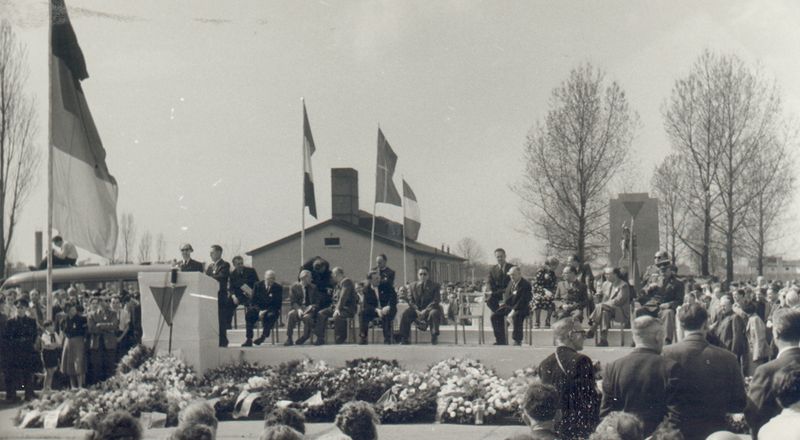 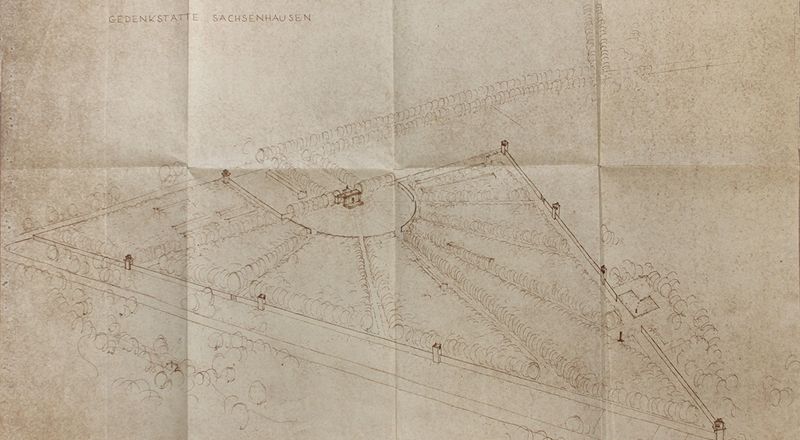 Commemoration of the victims at the actual site was not possible all the while the former concentration camp complex was being used by the Soviet army of occupation. So the first commemorative events in the immediate post-war period were held in the Oranienburg town centre. What is more, when the Barracked People’s Police (KVP) took over the site in 1950, historic building structures began to be neglected and destroyed.

In 1952-53 the extermination unit “Station Z” was blown up by the KVP which planned to construct a firing range (which they called a “shooting garden”) on this very spot of all places. The local populace also contributed to the destruction, using barrack huts in the former inmate camp as a source of building materials and fuel. The National People’s Army (NVA) used the former troop camp from 1956, and later the “T Building”, until 1990 and contributed further to the destruction of the site. The inmate camp was largely “historically cleansed” (geschichtsbereinigt). Former inmates, however, constantly campaigned for the historical buildings to be preserved.

Erection of the "National Memorial"

It was not until 1956, when survivors of the concentration camp from abroad wanted to visit the site, that the NVA finally released the area covered by the inmate camp for opening to visitors. In response to calls from former internees, the Central Committee of the SED finally decided in the mid-1950s to erect the three national memorial sites at Buchenwald, Ravensbrück and Sachsenhausen. Contrary to the initial ideas of Communist former inmates who wanted to include the whole of the Sachsenhausen concentration camp complex including the SS buildings, a board of trustees set up by the SED leadership reduced the size of the memorial to the triangle of the protective custody camp. The topography of the inmate camp was made unrecognisable by removing original building structures and reshaping the site with new structural elements, with the “Geometry of Total Terror” being replaced by the “Triumph of Anti-Fascism”, culminating in a 40 metre high obelisk with red triangles around the top.

The camp museum displaying the history of the concentration camps in general and Sachsenhausen concentration camp in particular was housed in what was formerly the inmate kitchen. It dealt with everyday life in the camp, resistance and liberation. Commentaries explained the Nazi terror primarily as a consequence of resistance and the forced labour of inmates and genocide merely as a means for industry to maximise profits, while the story involving racism and anti-Semitism was carefully left out. In line with the black-and-white thinking of the Cold War, an exhibition in the entrance area of the museum presented West Germany, the Federal Republic, as the successor state to National Socialism while the GDR was depicted as the “new, humanist Germany”.

Foreign former inmates’ associations created the ‘Museum of the Anti-Fascist Struggle for Freedom by the Peoples of Europe’ in a new building outside the former protective custody camp. In nineteen sections organised by country, the exhibition was mainly devoted to the war and resistance to Nazi Germany, with the Soviet Union and Germany each being given twice as much space as any others.

‘Museum of the Resistance Struggle and the Sufferings of Jewish Citizens’

It was only in response to protests by the Union of Anti-Fascist Resistance Fighters of Israel that the East German government had the Museum of the Resistance Struggle and the Sufferings of Jewish Citizens set up shortly before the inauguration of the Memorial, in Barracks 38 and 39, which were reconstructed from original parts, in the area of the ‘small camp’. Visitors were given very little information about the specific situation of Jewish inmates in Sachsenhausen; as was also mostly the case in West German memorials, no mention at all was made of Sinti and Roma, homosexuals, Jehovah’s Witnesses and other non-political groups of prisoners.

The Sachsenhausen National Memorial was inaugurated on 23 April 1961 before 100,000 people. At this time, the Eichmann trial was taking place in Israel and a growing number of people were fleeing East Germany. The Wall was built just a few months later. The East German leadership used the inauguration of the Memorial to demonstrate its anti-fascist state doctrine both to its domestic audience and abroad. West German media took very little notice of the inauguration or else relativised the numbers of those who died in the concentration camp with the numbers of victims of the Soviet Special Camp, the existence of which was completely covered up in the Memorial.

Permanent exhibition "From Memory to Monument"