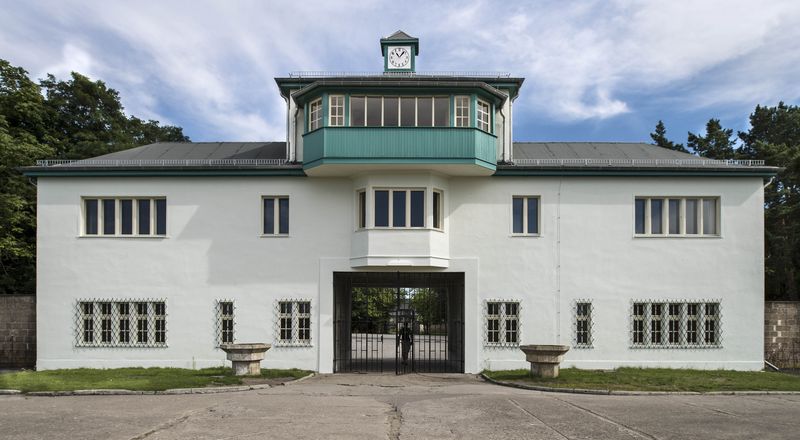 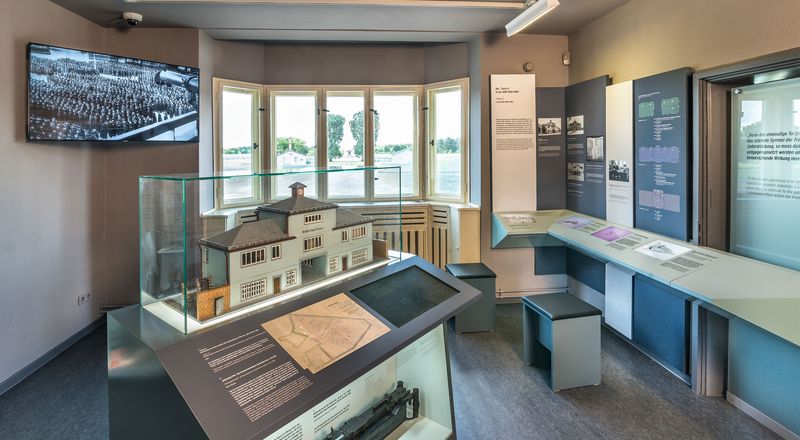 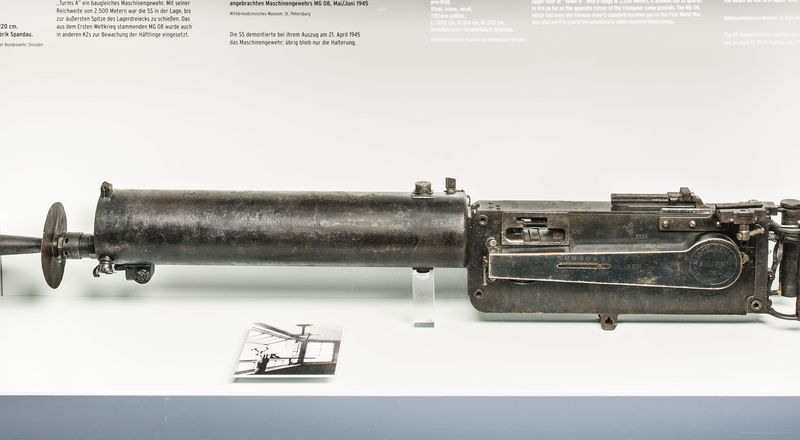 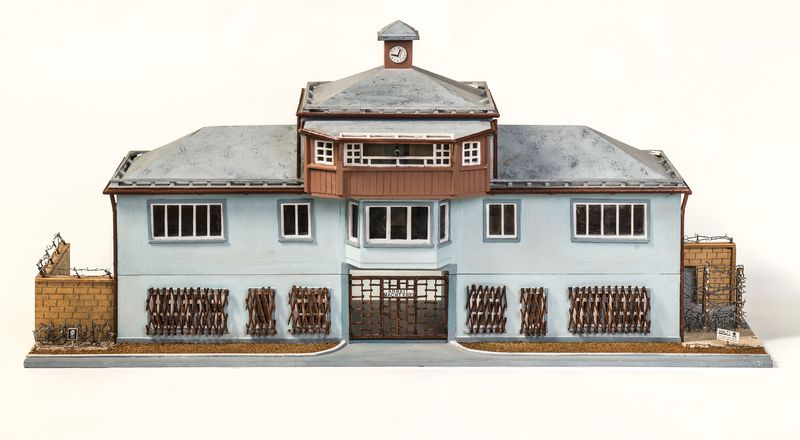 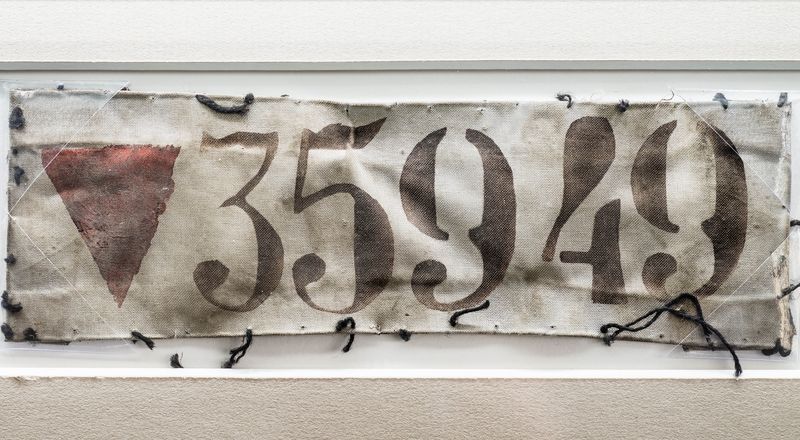 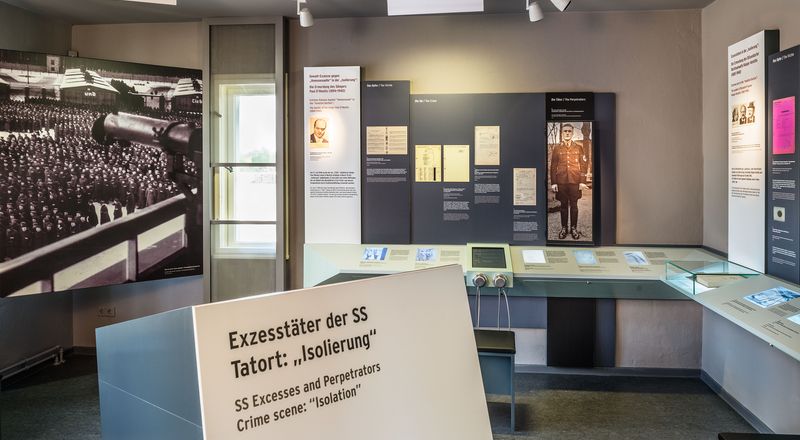 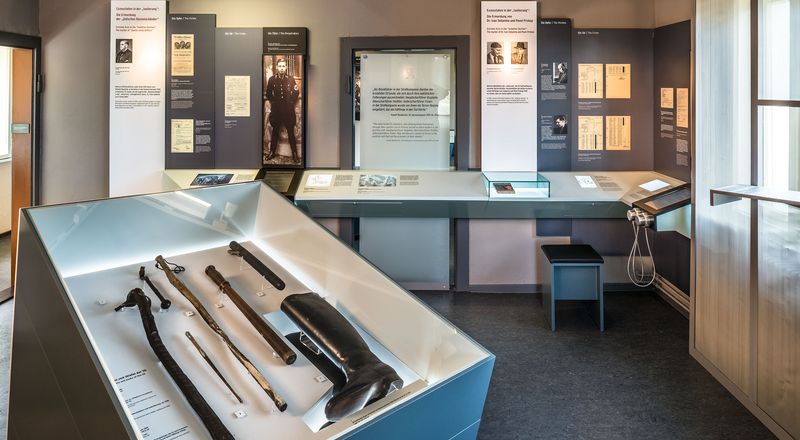 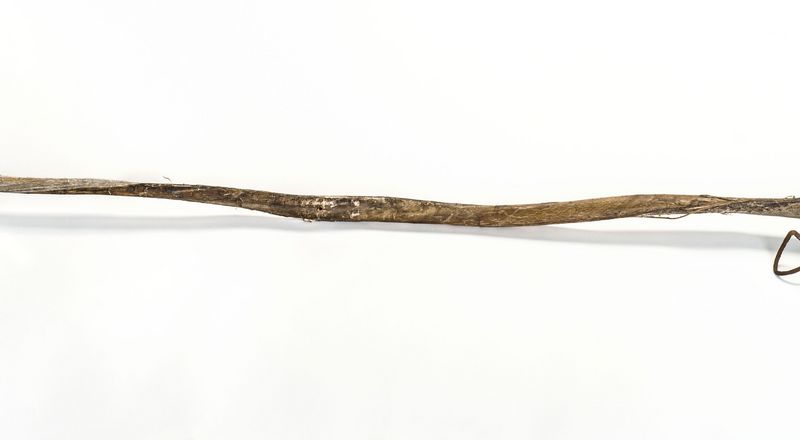 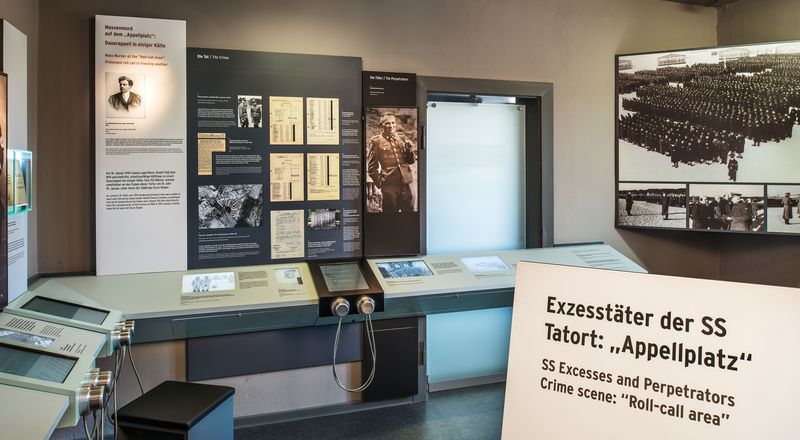 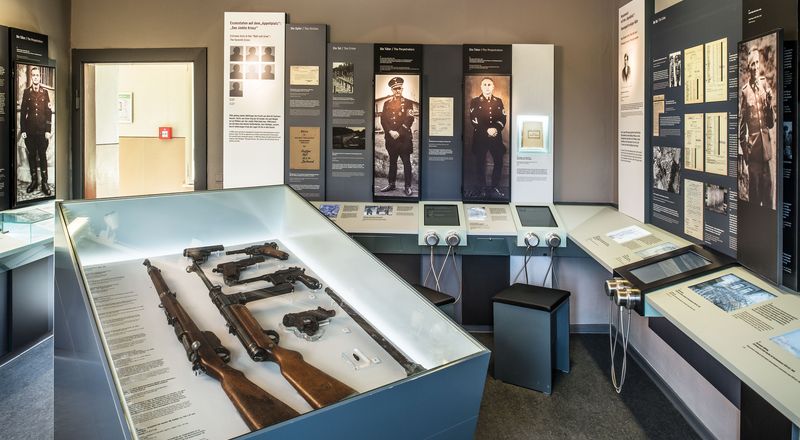 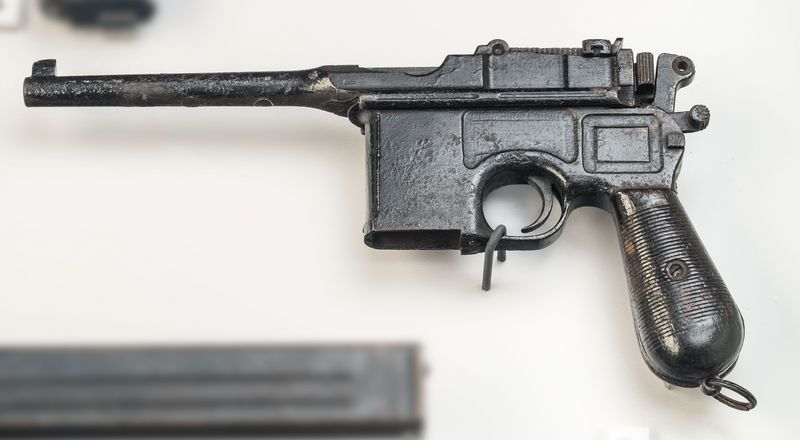 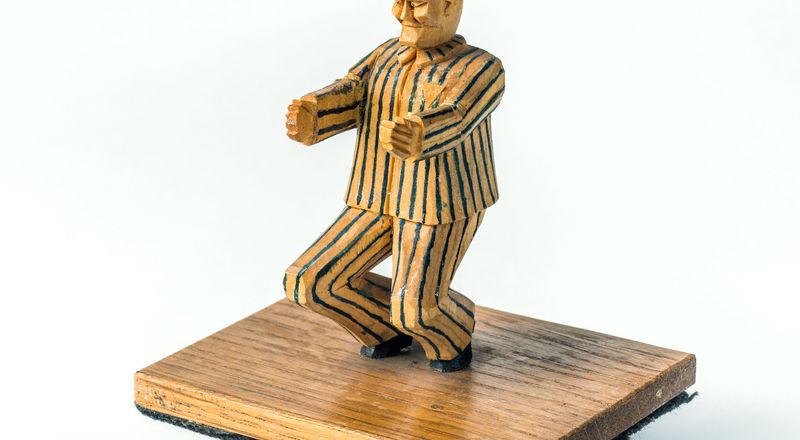 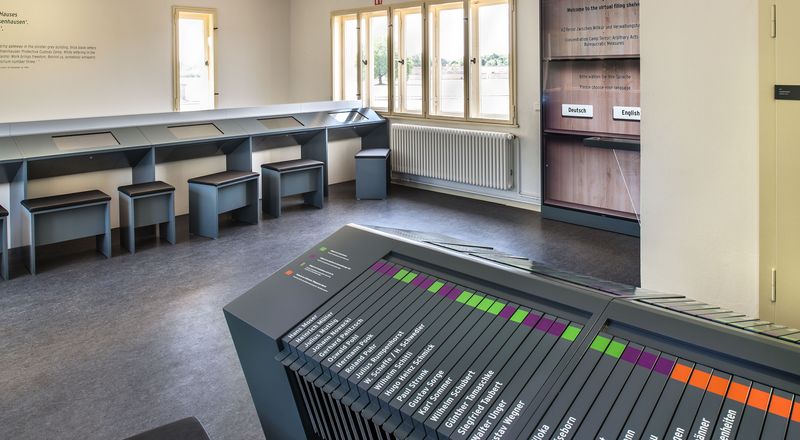 The Camp-SS 1936-1945: Excesses and direct Perpetrators in Sachsenhausen Concentration Camp

This permanent exhibition in Tower A focuses on the many arbitrary murders, often marked by unimaginable brutality and cruelty, committed by the SS men in the concentration camp command staff. In two themed rooms, eight such excesses and direct acts are shown as examples, with their perpetrators and victims, carried out in the isolation block or on the parade ground.

This exhibition illustrates the full extent of the violent capriciousness and sadistic cruelty, in all their almost unbearable details, that characterised some of the SS men, details which are preserved mainly in the files of court proceedings. This form of untrammelled and frequently lethal violence is an elementary component of the concentration camp terror, which the senior officers in charge activated or held in check as they saw fit.

The displays include the murder of the Düsseldorf lawyer Kaspar Anrath on 18 March 1940 Arrested by the Gestapo as an “!incorrigible troublemaker”, Anrath was killed after several days of being tortured by six SS block leaders on their own initiative because he “annoyed” them. During the summer months of 1940, a few SS block leaders murdered at least 75 Jewish inmates who had been put into the isolation block as so-called “race defilers”. One of them was the singer Georg Adler, who was mercilessly kicked to death by the block leaders Richard Bugdalle and Otto Kaiser.

The famous novel The Seventh Cross by Anna Seghers was inspired by the escape of seven inmates from Sachsenhausen concentration camp on 4 November 1936. The SS recaptured six of the escapees and hanged them on poles on the parade ground. The seventh pole remained empty. In 1940 the Nazis brought the last of the seven fugitives, Karl Göntges, back to Sachsenhausen after catching him after the German invasion of Belgium. To escape further maltreatment by the SS block leaders, he jumped into the electric fence in February 1941.

The biographies of the people involved in these crimes are displayed in seven media stations, each dedicated to one of the crimes in question. Visitors can also listen to the testimonies of former inmates who were eye-witnesses to the murders, and watch film footage of the trials of SS perpetrators. As well as photos, documents and drawings, the exhibition, covering 150 m³, also includes objects such as blunt weapons, guns and SS boots.

The depiction of the murders is complemented by a further themed room on the history of Tower A, where the command centre’s “protective custody camp department” was located. This department comprised the camp leader as well as the Rapportführer (report leaders) and the block leaders, who ruled over the inmates with absolute power and violence and carried out many of the murders depicted in the exhibition.

In a further room there is a learning centre with eight media stations and 80 theme folders where 66 perpetrator biographies and digital and analogue educational materials are available. A virtual filing shelf offers three newly-produced films lasting around three minutes each showing three more excessive acts, as well as documents from the concentration camp bureaucracy. The final room points to the other two exhibitions on SS perpetrators in the T building (The Administrative Centre of the Concentration Camp Terror. The Concentration Camps Inspectorate 1934-1945, and in the former Commandant’s House (The Camp-SS 1936-1945: Division of Labour among the Perpetrators in Sachsenhausen Concentration Camp).