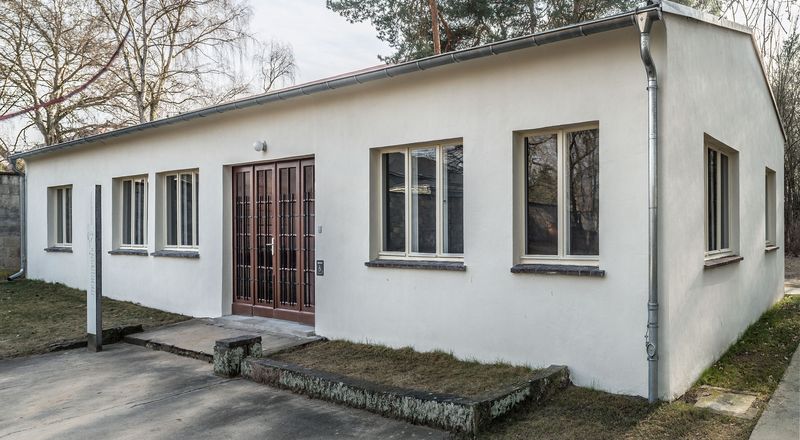 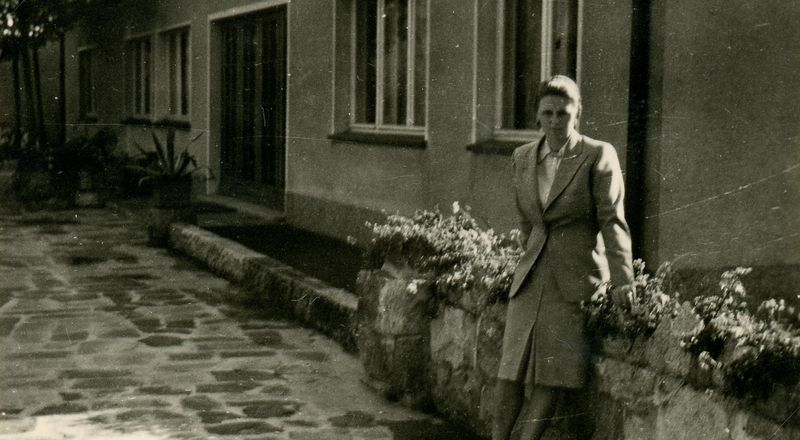 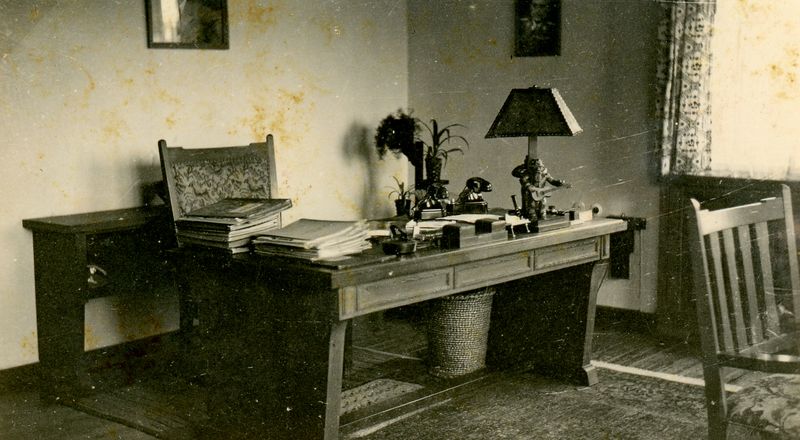 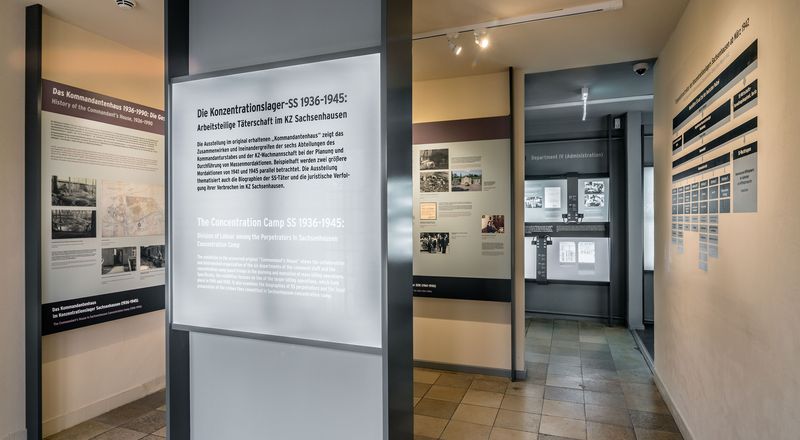 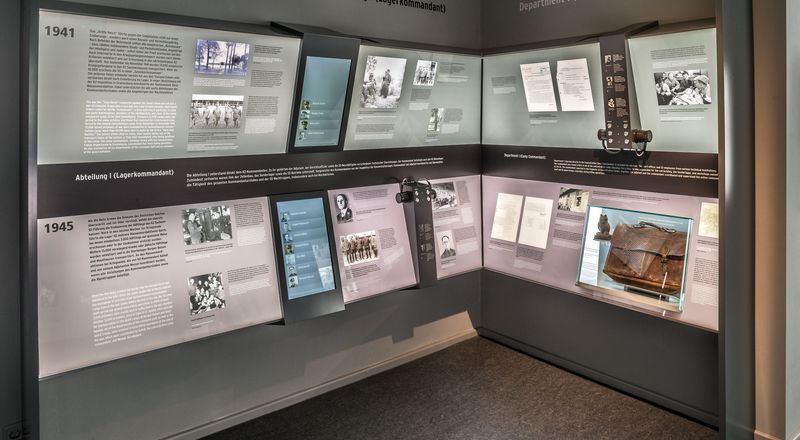 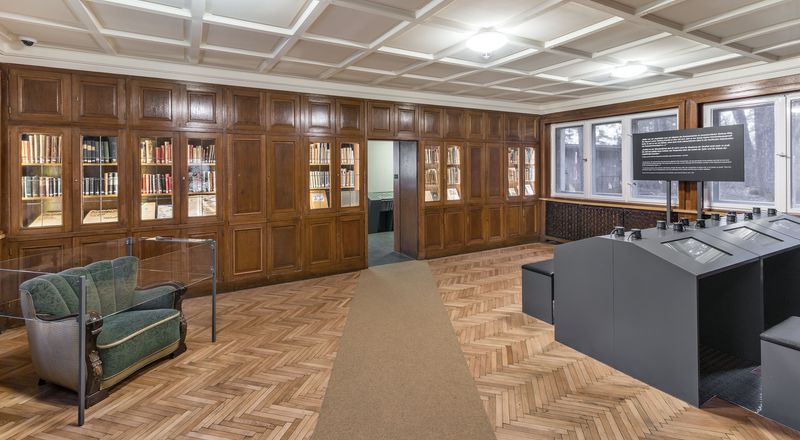 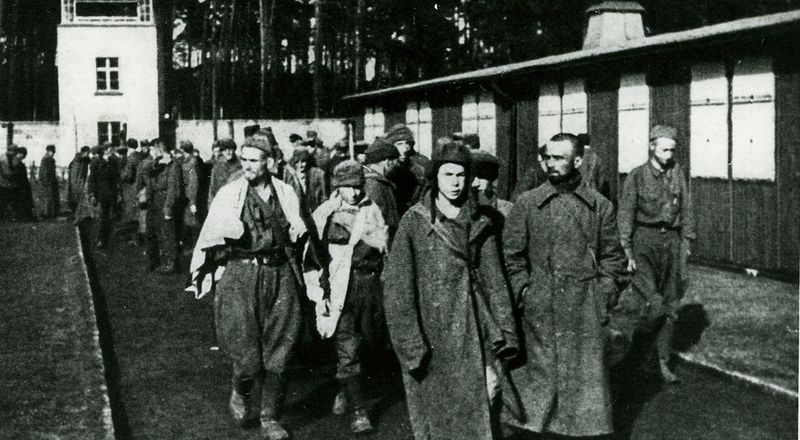 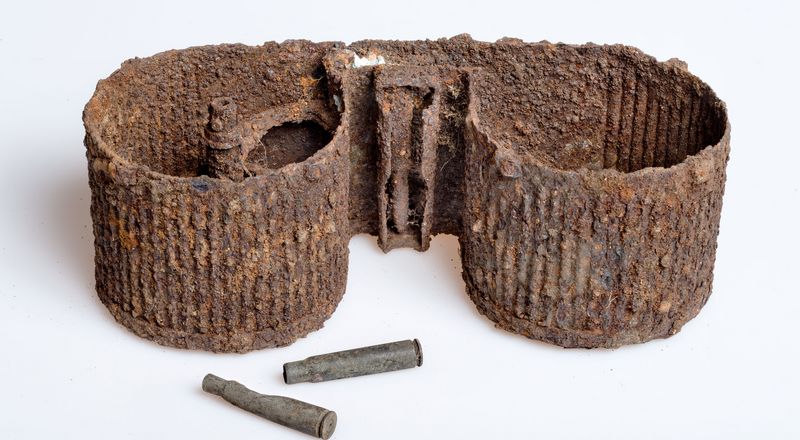 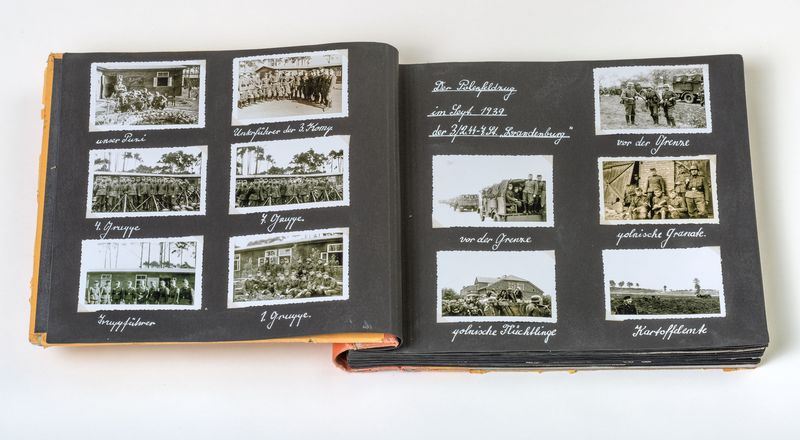 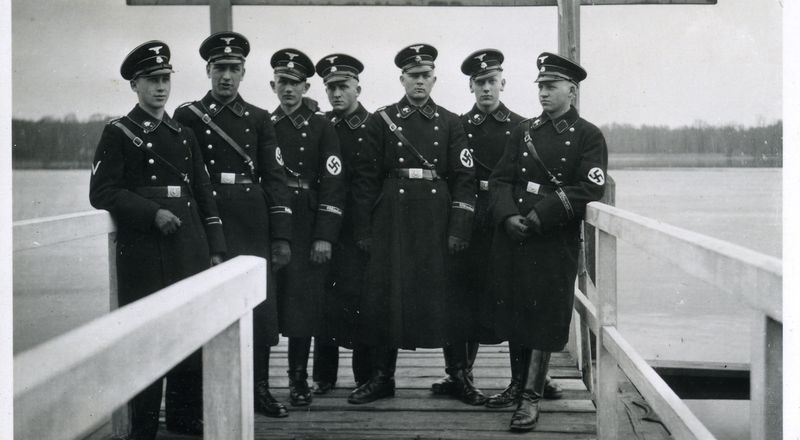 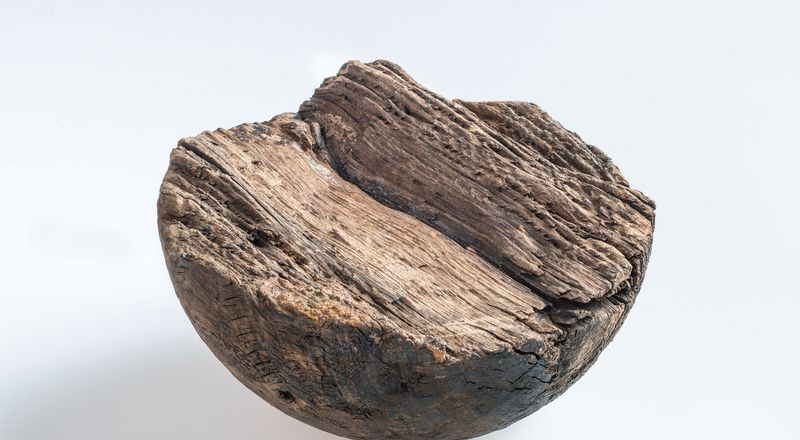 The Camp SS 1936-1945: Division of Labour among the Perpetrators in Sachsenhausen Concentration Camp

The exhibition Division of Labour among the Perpetrators in Sachsenhausen Concentration Camp is being displayed in what used to be the Commandant’s House, which has largely been retained in its original condition. The exhibition focuses on the organisational structure of the camp SS, with selected biographies of the perpetrators and how the courts dealt with them after 1945.

The exhibition demonstrates how the intention, planning and carrying out of the murders in Sachsenhausen concentration camp followed established principles of division of labour. All the SS men were involved in carrying out the two mass murder operation dealt with as examples in the exhibition, so that the many thousands of victims could be killed without very much resistance – from the commandant and adjutant who gave the instructions and co-ordinated the actions of the killers to the leaders and workers of the command staff’s six departments who assisted in the murders within their own spheres of responsibility, to the SS block leaders who operated the death units and the SS guards who used their machine guns to secure the way to the death units for the murder victims, everyone played his part.

The inmates in the concentration camp were subjected to the almost unlimited rule of 100 to 250 members of the SS command staff. Up to another 3,500 SS men belonged to the SS Death’s Head Unit (Totenkopfstandarte) Brandenburg. The command centre is where all the strands came together, and the commandant consulted with the heads of his six departments and the head of the guard troops about such matters as, for instance, the carrying out of mass murder operations.

The exhibitions focuses on two mass murders in Sachsenhausen concentration camp: the murder of thirteen thousand Soviet prisoners of war in the autumn of 1941, ten thousand of whom were shot by the SS in a “neck shooting unit” (Genickschussanlage), and the crimes perpetrated in the final phase from January 1945 onwards, when the SS murdered around three thousand inmates and transported thirteen thousand more to the Bergen-Belsen and Mauthausen death camps. These crimes are taken as examples to show how the various departments in the command centre and the guard unit were involved and worked together in perpetrating the crimes. The lives of the SS when they were off duty are also depicted. The exhibition also shows details of how the courts dealt with these men after 1945. By far the majority of the perpetrators went unpunished.

Designed by Clemens Franke, the exhibition includes in all some 300 photos and 190 documents, plans and drawing in a space covering 170 m², together with objects including two full photo albums of an SS man who was temporarily posted to Sachsenhausen and the briefcase and an inmate-made owl paperweight owned by the SS adjutant Heinrich Wessel. There is also a bowling ball that was used in a subterranean bowling alley in Sachsenhausen concentration camp and an armchair from the SS officers’ mess.

In addition there are 27 media stations with audio documents and biographies of the SS perpetrators. In the commandant’s office, preserved in its original condition, there are further media stations with six workplaces at which visitors can find full information about trials of Sachsenhausen perpetrators after 1945, including film and audio documents. On a virtual shelf an interactive learning programme on prosecutions of the concentration camp perpetrators and short films on the involvement of the guards in the crimes are shown.

One important exhibit in this exhibition is the very location itself. The former Commandant’s House was built in 1941 for the then camp commandant, Hans Loritz to fulfil his desire for prestigious offices. Many original fittings have been preserved in the building, such as wall cupboards and bookcases and the parquet floors.